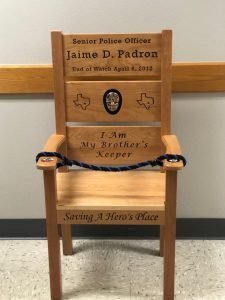 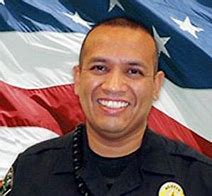 Officer Jaime Padron was shot and killed after responding to a Walmart store to investigate reports of an intoxicated man who was shoplifting at approximately 2:30 am.

Upon arriving at the scene, Officer Padron spoke with two employees and then tried to stop the man as he attempted to leave the store. The subject immediately attempted to flee on foot but was tackled by Officer Padron and they both fell to the ground. During the ensuing struggle the man produced a small handgun from his pocket, shot Officer Padron in the vest and neck, and then fired at the store employees.