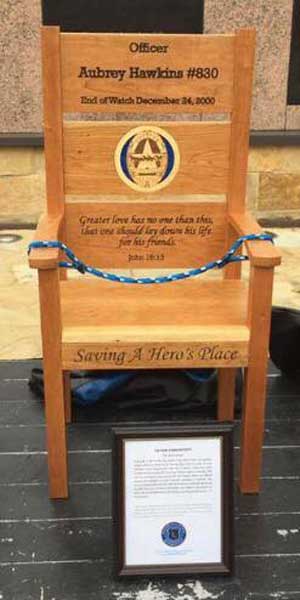 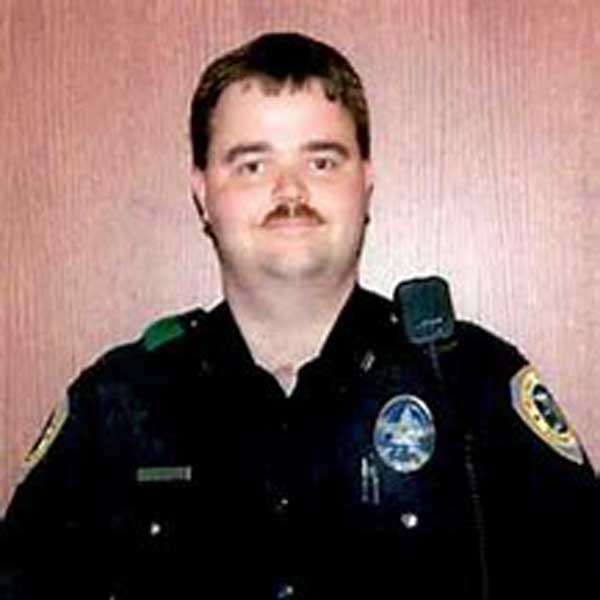 Police Officer Aubrey Hawkins was shot and killed after he and another officer responded to a robbery-in-progress at a local sporting goods store.

Officer Hawkins had arrived at the store approximately three minutes after the call was made, and interrupted the suspects who were handcuffing and tying up the store employees. The suspects opened fire on Officer Hawkins, killing him. The seven suspects had escaped from a Texas prison two weeks prior to the incident when they stormed a guard tower and stole several weapons.